Board shape / logic symbol
One of the more successful features of the Megaprocessor is using the silk screen to show what logic function the board is implementing. 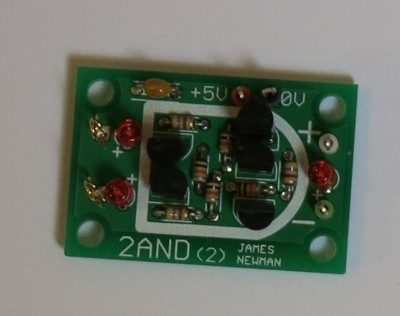 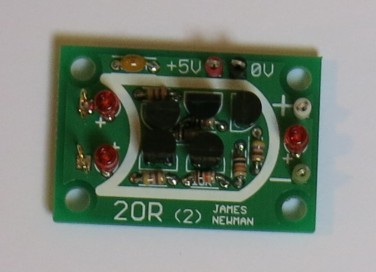 This isn't what I was originally thinking of. My first plan was to have the boards mounted within coloured plastic carriers which would be in the shape of the logic function. So it would have been a lot more obvious and more colourful. Altogether a more cheerful and friendly appearance.
I didn't spend as much time as perhaps I should have done on exploring this and gave up as I couldn't find any easy (and affordable) way of doing this. So I went for drawing the logic symbol on the board which works quite well.

The irritation is that I now know that actually it's easy to have the PCBs cut in any shape you want so that the boards could have been in the shape of the gates (XOR is tricky but something could have been done). In fact the PCB manufacturer I used would have been quite happy doing it, I just never knew till much too late. I think that would have been much better.