The Web
A part of the project I found unexpectedly interesting is looking at the traffic to the website and how it changes and where ot comes from. Below is a plot for the last few months.

There's a background level of a couple of thousand visits a day which I think is mostly RSS feeds and a bit from search engines. And then big spikes from articles appearing in random places. The big spike early July was when the BBC published their piece reporting the completion of the build. The preceeding humps about the 24th June are from when The Register published their piece. I'd have expected that that would pretty much be the end of the big spikes but we get another spike at the beginning of August possibly initiated by Physics Today and then another late August which was due to a discussion starting up on Hacker News.

In most instances I have no real idea what sparks a sudden rush of interest, there are so many aggregation sites which simply copy and paste what's been published elsewhere that its impossible to determine the originator. When I searched for Megaprocessor a couple of days after the BBC published their article Google said that thousands more sites now had a reference to the Megaprocessor. But a quick scan showed that only four or five people had written their own material, all the other sites had just copied variants of that handful of articles.

One of the more striking aspects of the traffic numbers is by how much it decimates at each level of interaction. For example the website stats say that only about 10% of people get past the front page of the website. 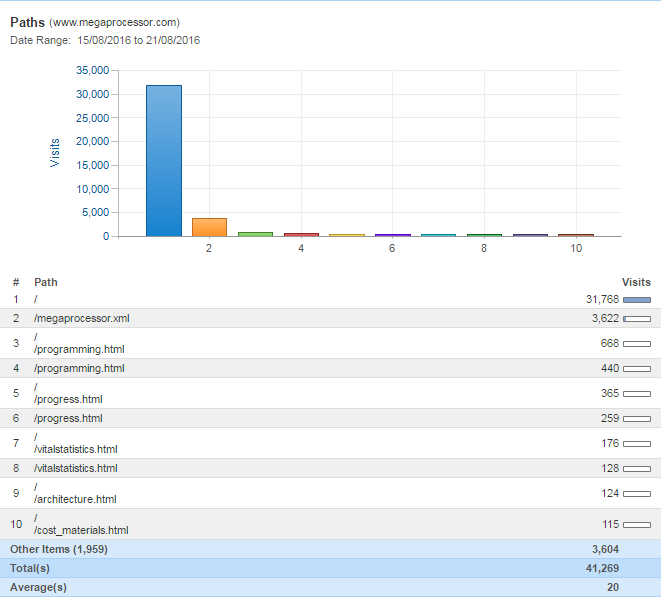 Rather curiously about as many people search for me on LinkedIn as go to the Facebook page.

The wildcard seems to be YouTube. My channel had followers before I'd uploaded the first video, let alone told anyone that it existed. But my guess is that only a tiny proportion of people who view a YouTube video go on to visit my website. 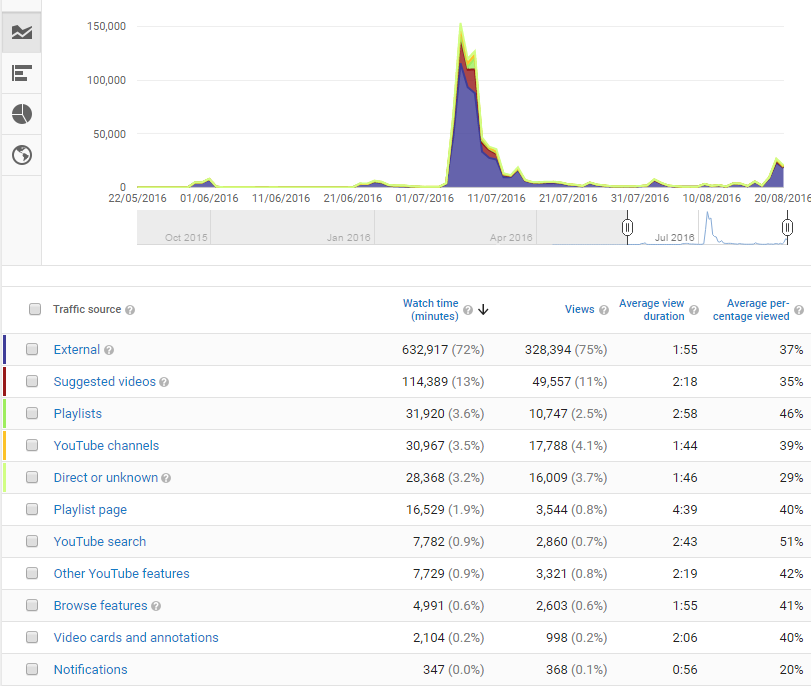 The main website only provides just under 7% of the external traffic, so only about 5% of the total. 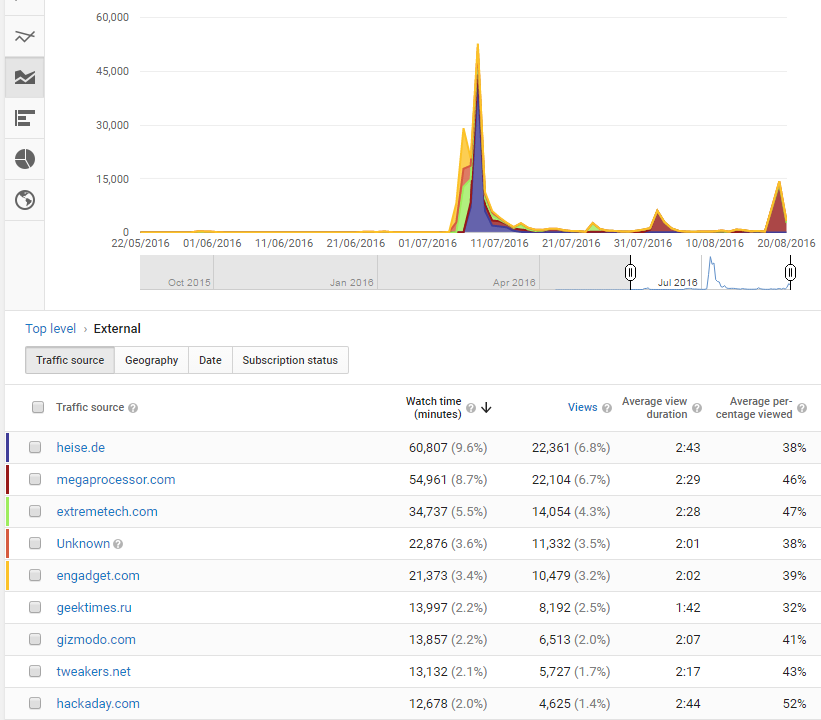 So the vast majority of the traffic going to my YouTube channel does not arrive from, nor travels to, the main website. The heise.de page is here, it was news to me.

I guess what I find so interesting is that I'd never have predicted this set of stats. And what does it mean ?